Toys “R” Us, "The World’s Greatest Toy Store," filed for bankruptcy protection last week, the latest in a string of suffering merchants that includes Kmart, Circuit City, Sports Authority, and Bed Bath & Beyond. Various theories have been floating around the media about the cause for this sad turn of events and what Toys “R” Us would need to do to rebound, or if a comeback is even possible. While there are undoubtedly multiple contributing factors, there is one predominant reason that most experts and analysts have yet to cite.

Many articles, such as Aimee Picchi's piece for CBS Moneywatch claim that the seeds of the chain's woes were sowed as a result of its 2005 leveraged buyout by Bain and the $6.6 billion debt that resulted from it. After all, the most concrete reason for the current bankruptcy is their failure to pay interest on that debt. While technically true, this is a symptom and not the root cause. If the chain were thriving, the debt would not be such a burden given its scale; and frankly, if there was a stronger case that Toys “R” Us was in the middle of a successful turnaround, more capital could have been found.

Some, including Ben Popken, writing for NBC News, placed the blame on the rise of video games. Popken theorized, "A big part of the issue is that the Batmobiles and Barbie dolls have been gathering dust in the rec room as children's faces are lit by glowing apps and bleeping video games." But this is exaggerated. It’s true that Barbie brand's sales have been dropping. It's also true that over the last 20 years Toys “R” Us went from being a major player selling video game consoles and cartridges to a bit player as that business has moved online to "direct" sales via channels like iTunes and connected PlayStation or Xbox devices. But video games and Barbie dolls make up a relatively small percentage of the overall toy industry, which has been growing in aggregate between 6-7% a year over the last few years, according to The NPD Group. Of course, the trends Popken points out were not helpful to Toys “R” Us, but they are not the root cause.

So if it’s not video games or greedy capitalists that are to blame, where or when did Toys “R” Us go wrong? It went wrong on January 6, 2016. Or at least, the day is emblematic of the thinking that is the real essence of the Toys “R” Us problem. January 6, 2016, was the day Toys “R” Us closed its flagship store in Times Square in New York. And a few months before that, it closed the famed toy store FAO Schwarz, also in NYC and also owned by the retailer. While the stores each had a different vibe, both were toy wonderlands with fanciful designs, product demonstrations, and passionate staff. Toys “R” Us’ Times Square location featured a sixty-foot tall indoor Ferris wheel, candy store, many interactive exhibits, and a life-size walk-through dollhouse. While these were just two of over 800 Toys “R” Us outlets, they represented a different type of thinking about the retail experience than the typical Toys “R” Us.

More importantly, these stores drew thousands of customers a day, and both often had lines of people waiting for a turn to enter the store. Both were considered bona fide tourist attractions. Both closed due to the rising costs of rent in New York City, Toys “R” Us said.

Now, consider the typical customer's experience at most Toys “R” Us stores. With little exception, customers enter a warehouse of toys and are greeted by often surly staff. The non-flagship stores were inconsistent with the identity Toys “R” Us seemed to be striving for, as illustrated in it’s fantastic "C’mon Let’s Play" advertising campaign, which evoked a fantasy store filled with roller coasters, flying super heroes, and the opportunity to play.

Retail is a difficult business and margins can be slim, and that can make it tough to find the money to create a fantastic experience; however, other specialty stores are doing it, whether it’s the obvious example of Apple, or soap and cosmetics retailer Lush, where friendly employees strongly encourage you to smell and try all the products and have a great time doing so. Apparel retailer Lululemon has one of the highest sales per square foot ratios in the retail industry, due in part to a highly experiential strategy, which includes in-store yoga classes.

Fundamentally, Toys “R” Us has simply gotten the value equation for retailers today wrong. As described in the article "Was Sports Authority's Closing Inevitable?", retail provides three core areas of value to consumers: Convenience, Product Selection, and Experience. In years past, Toys “R” Us could win by focusing on the first two because they had a store “near you,” And because of their focus on toys, they had the broadest selection anywhere. The problem is that today, online shopping is now more convenient than driving to a retail store, and online marketplaces have a larger selection than any physical retailer can provide. This means that for physical retailers to be successful, they must focus on an experience that you can't get online, one you would want to drive to the store for, fight the mall traffic for, and dare I say, stand in line to wait for. 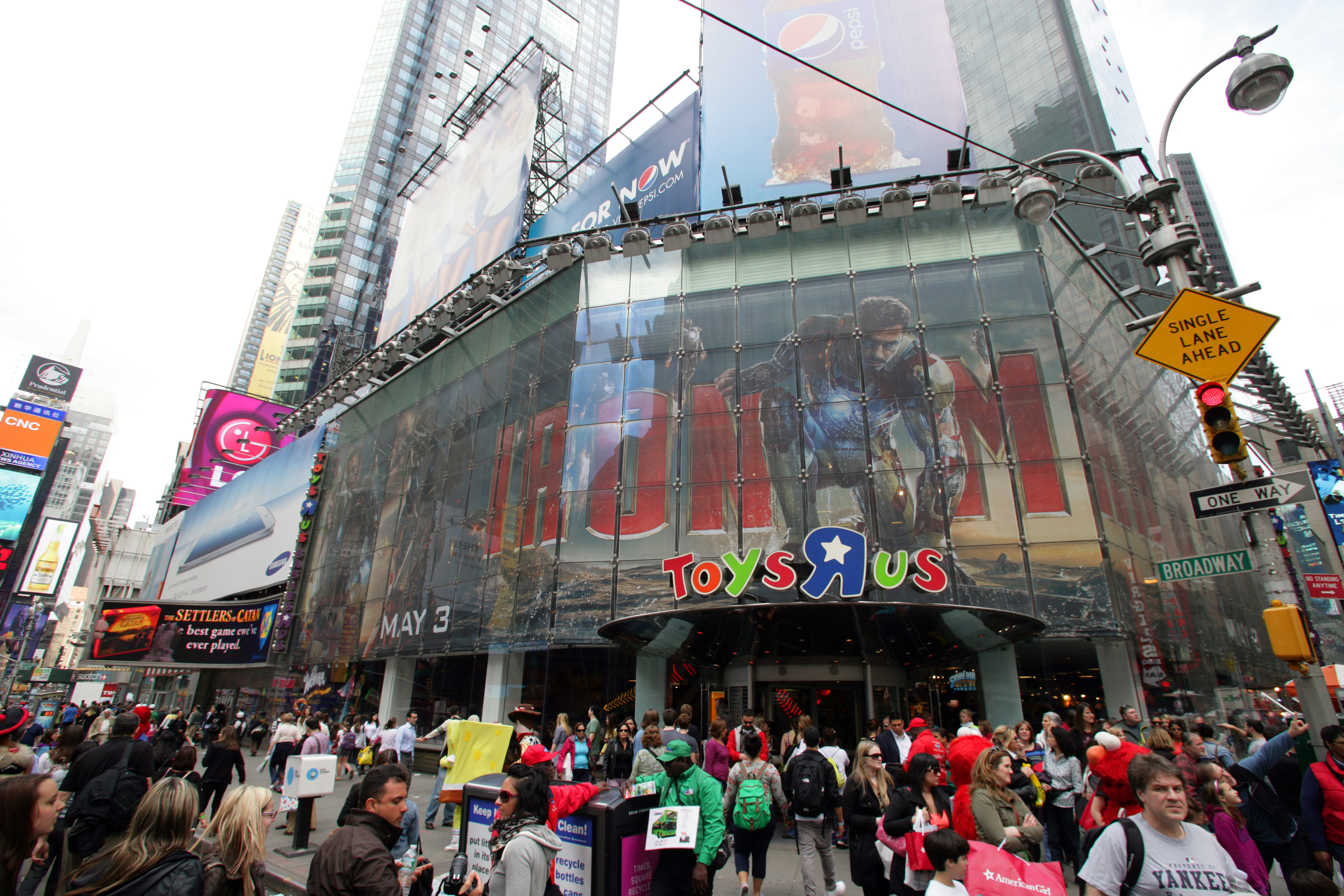 And that's the poignant thing. As illustrated in their past commercials and former flagships, the DNA of the company clearly contains some of this. That said, perhaps Toys “R” Us' long-standing desire to create experiential shopping and the economic realities of their segment have been contradictory forces for quite a long time. I remember TV commercials when I was a small child in the 70’s announcing the first Toys "R" Us in suburban Chicago where I lived. It showed the store as a giant castle where a friendly giraffe leads you through endless aisles of toys. I begged my mother to take me to this magical place.

Sadly, I do also remember the disappointment when I arrived and discovered it wasn't a castle, it was just a regular store, and the giraffe wasn’t really walking around. I'm sure I went home with a toy and was happy at the time, but my 40-year-old memory didn’t record that part, only the disappointment compared to my expectations. Of course, that didn't stop my parents from buying plenty of toys over the years at Toys “R” Us because where else were you going to go? But still, even if it was just marketing, there was an experiential vision reflected in those decades-old TV commercials. And it was reflected again by the vision to create the Times Square store and to buy FAO Schwarz, the epitomized art of experiential toy retailing.

Lego topped global ranking of the most powerful brands in 2015. While its focus is as a manufacturer, Lego also operates about 130 retail stores that are based on a highly experiential model. Their Lego Imagination Centers, at locations like Mall of America and Disneyworld, feature multi-story tall Lego sculptures, extensive play areas, and interactive exhibits. American Girl operates a portfolio of retail stores that feature digital kiosks, cafes and hair salons for children and their dolls, and other imaginative touches that create a special shopping experience that’s worth the trip even if you don’t buy anything. These are the visionaries in toy retailing today. 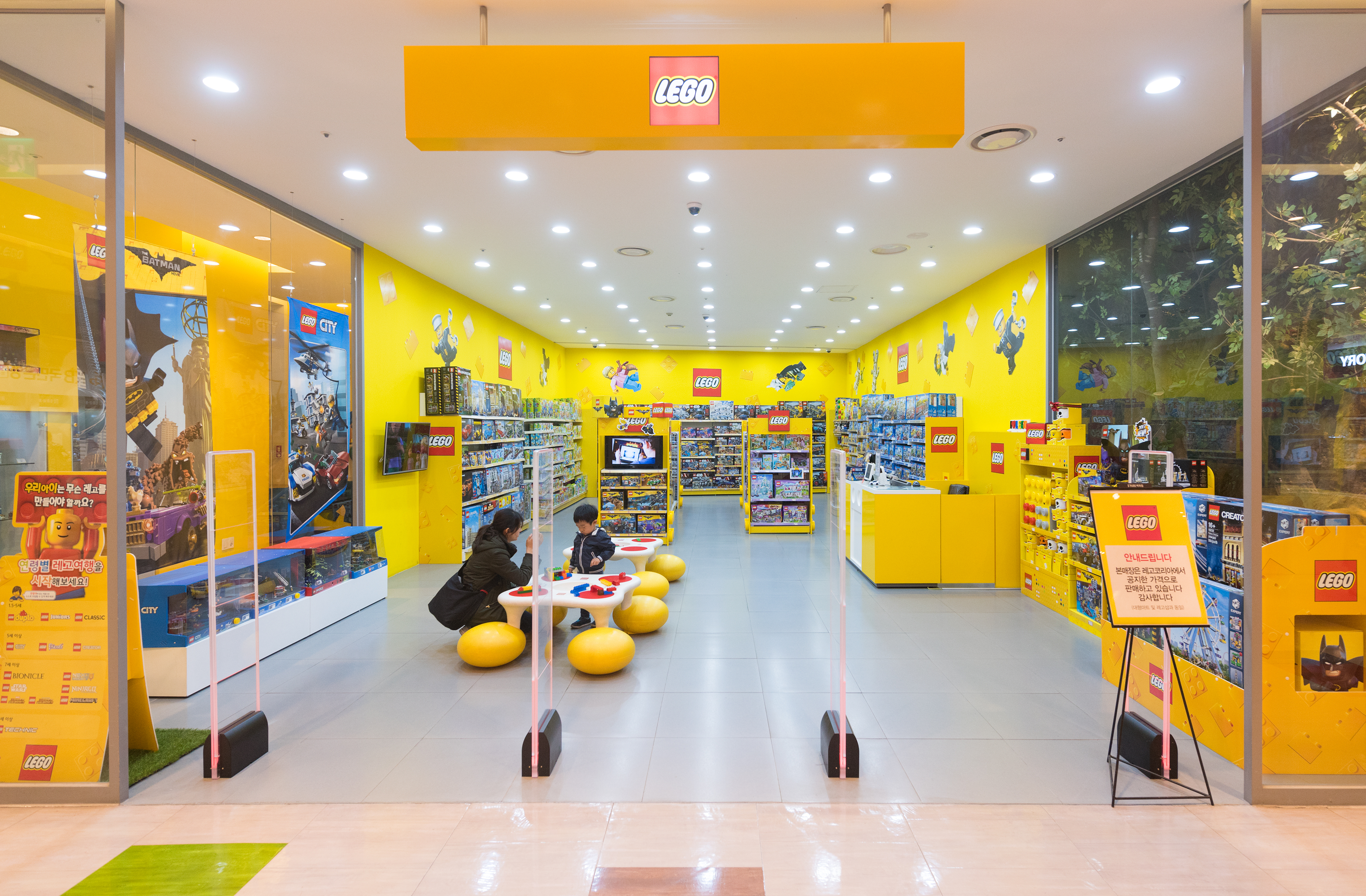 So it’s not capital structure or video games that have so damaged Toys “R” Us, it’s the failure to take advantage of the vision so long present in their marketing, to create a toy shopping experience that’s worth the trip in the age of Amazon.

Now, it would appear that Toys “R” Us' new strategy is to go in this experiential direction. During the bankruptcy filing, CEO David Brandon describes his turnaround strategy in four parts, one of which is improving the in-store experience, specifically by adding:

#3 is particularly telling. Apparently prior to this change employees did not have the freedom to take a product out of the box so a customer could try it?

Of course, one might wonder why it has taken this long, but these sound like the right kind of strategies that, if executed well, could pull the retail giant in the right direction. Brandon says, "Toys “R” Us is here to stay," and I give them better than even odds that they will succeed. If the bankruptcy re-organization eliminates a lot of their debt and they use their newfound breathing room to execute an experiential strategy, I think they've got a great shot at success.

Note: this article makes reference to multiple clients of my company FROM, The Digital Transformation Agency including Mattel, American Girl, Crayola, NBC, and CBS. 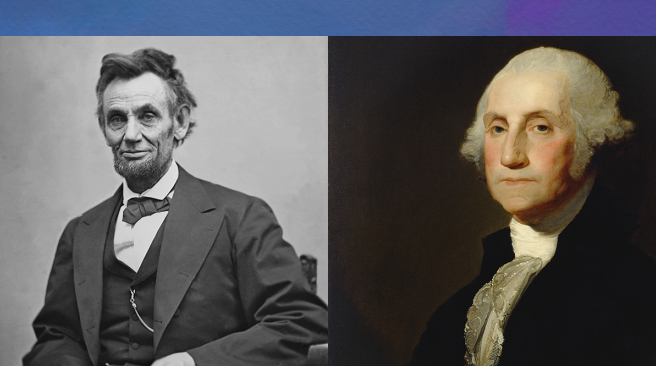 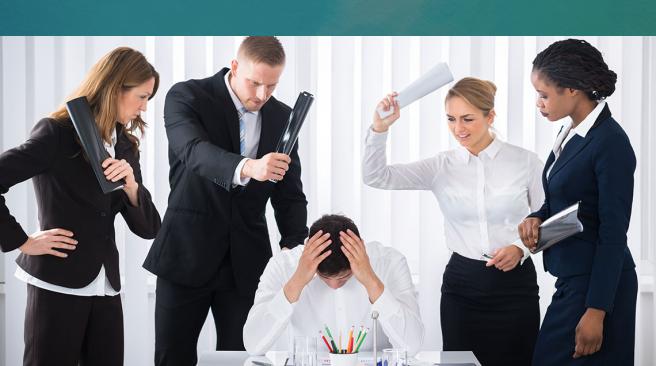 9 Clever Ways to Stop “Ideation Bullies” from Hogging Your Brainstorming Sessions
The Ideation Bully has an idea of how “it” should be done and they are so insistent that it's almost not worth having a session because nobody has the energy or the desire to fight with this person. 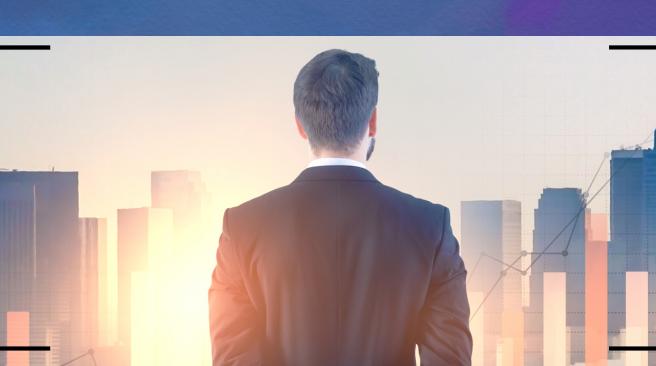 What To Do If Your Business Is Considered a Commodity
If you are a commodity business but don’t want to be one, there are eight techniques you can use to stand out from the competition even in a commodity market.

Does Your Brand Need an Innovation Hero?
Most brands from the pre-digital era must still undergo substantial transformation to remain relevant to their increasingly digitally-centric customer.

Product Development: How to Get Your Team on the Same Page
Innovation projects almost always need teams of people to participate in conceiving, designing, building, testing, marketing, and selling a solution.
See All Insights 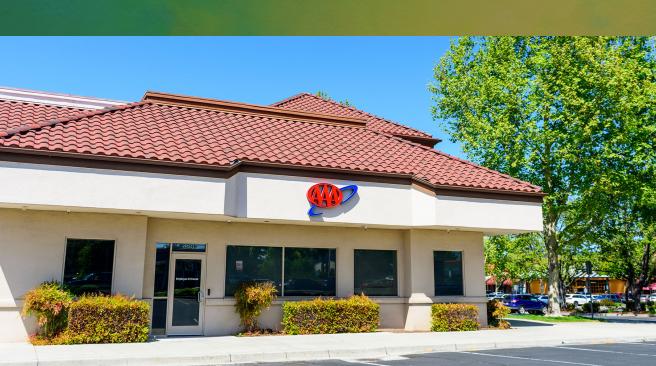 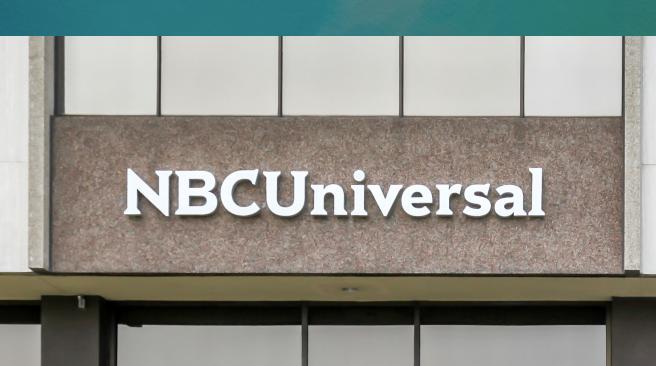 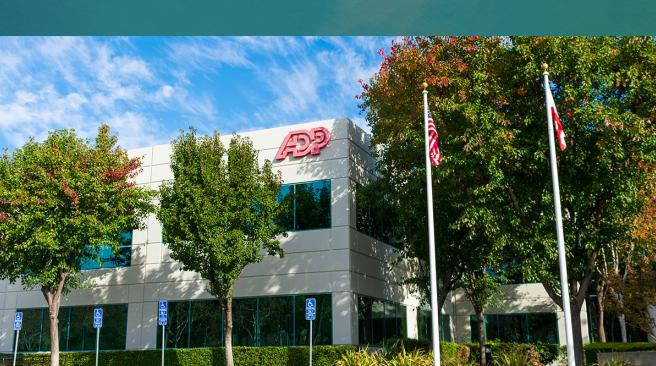 FROM is ADP’s Partner for their Digital Transformation Initiatives
FROM engages in multiple projects to help ADP improve their product experience and more.

American Girl Product Browser
Creating a solution that effectively informs customers of all the types of products that American Girl has to offer.
See All Case Studies