HOW ONE “CUSTOMER” SAVED CONTINENTAL AIRLINES FROM IMMINENT BANKRUPTCY

When Gordon Bethune took over as CEO of Continental Airlines in 1994, the carrier had just emerged from its second bankruptcy and was headed for their third and potentially final round.

US Department of Transportation statistics from that year show among the ten largest US airlines, Continental ranked dead last in every single key customer service metric.

Against all odds, Bethune was able to turn the company around.

He did it with outstanding leadership, no doubt, but also through the help of one very significant “customer.”

In his book, From Worst to First, Continental’s Remarkable Comeback, Bethune describes the challenges he faced when he first became CEO of the troubled carrier, including an overwhelming list of problems with the customer experience, on the ground and in the air.

It was too much to tackle all at once, and due to the company’s poor financial performance, money was short.

If the limited resources weren’t used properly, it could mean the end.

Bethune needed a simple method that the executives and managers in his organization could use as a litmus test for what was important when making decisions. 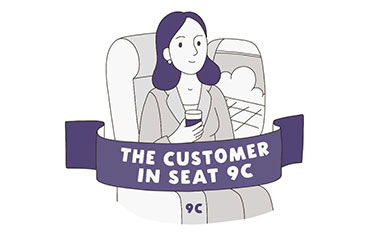 Bethune introduced the concept of “The Customer in Seat 9C” — a composite image of their best customer segment —business travelers— who were paying a premium fare and willing to pay more if their experience could be improved in meaningful ways.

Continental analyzed, then pinpointed the key traits, preferences, and concerns of “The Customer in Seat 9C.”

When prioritizing or deciding between different approaches, employees were trained to ask, “What would make a difference for the Customer in Seat 9C? What would make them prefer to fly with us? What would they be willing to pay more for?”

Over the next ten years, with this simple but disciplined focus, Bethune “piloted” Continental out of bankruptcy and to the title of “Fortune’s #1 Most Admired Global Airline.”

Of course, the concept of what “The Customer in Seat 9C” wants is a massive generalization.

On one flight, 9C could be occupied by a 60-year old bank executive and on the next by a 23-year old running an organic farming business.

Surely, their needs are not identical. 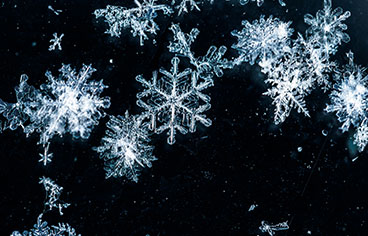 You may very well have noticed this during your customer research.

After listening to 40 contact center interactions with customers calling to order parts, or talking to 15 brides shopping for wedding dresses, or speaking to a dozen owners of luxury cars, while you hear many unique stories, you also start to hear the same themes over and over.

Identifying these patterns is a key part of your customer research.

Once you can analyze and synthesize all of your data, then you get actionable insight that you can use to drive your decision-making. 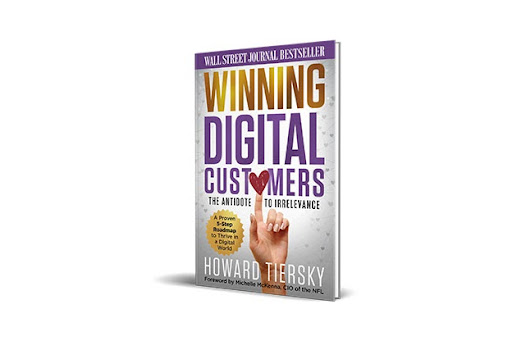 In my book Wall Street Journal bestselling book, Winning Digital Customers: The Antidote to Irrelevance, I share the proven five-step process that I use to help companies like Airbus, ADP, and Barnes & Noble Education achieve massive transformation. Get the first chapter for FREE here, or purchase the book here.