Why Ad Agencies See Digital as a Black Hole

I didn’t mean to be an impostor at an Advertising Executive insider event, but that's what happened, and I was truly shocked by my experience and what I learned.

Here's the story: The annual Mirren New Business Conference is billed as an opportunity to learn the latest techniques for advertising agencies to market themselves. I’m not in the advertising industry (I don’t even watch Mad Men). My company helps large enterprises re-invent their digital customer journey. But I went to the Mirren Conference because I’m always interested in learning from adjacent industries.

The speakers were mainly top senior executives from some of the largest, most successful advertising agencies in the world. What shocked me the most was a point that the Keynote speaker made, and how often I heard it echoed by many of the speakers and attendees. She said, "The truth is, none of us understand digital. It’s truly a black hole."

Now, by black hole, I think she meant that it’s an enigma -- something we know exists, but we don’t know how it works or what’s on the other side. When she made this statement, that digital is a black hole, I heard that murmuring in the audience that one hears when a point really rings true. They all agreed with the statement.

But I didn't murmur. And it was at that moment that I realized what an impostor I was at this conference. These folks were admitting their secrets to a group of insiders, a group of their peers. Me? I was thinking, ‘What are you talking about? Digital is not that mysterious!’ Yes, it’s constantly changing, and yes, you have to be paying attention.

So that got me thinking: it has always struck me that the advertising industry was in a fantastic position to be the one to help companies truly transform to digital. They have fantastic, long-standing relationships with the CMOs and other leaders in their clients’ organizations. They understand the brand and often engage in customer research. So in theory, they have good insight into the market.

On top of this, they’re creative people. I’ve never worked for an ad agency, so I don’t know what it’s like inside, but for fifteen years or so, I've figured that it was only a matter of time before ad agencies began to dominate this area. I understood why it didn’t happen in the early days. After all, digital was new, experimental, and not necessarily the focus of a company's marketing efforts. But now digital has eclipsed television as an advertising medium. And, even more critically, in many industries (e.g. travel, financial services, entertainment, retail) the digital experience of a brand is a key, if not the primary, customer experience channel.

There are definitely advertising agencies that know how to buy digital media. In fact, they have a very sophisticated understanding of how to use automated buying, for example, to get the best price for a banner ad. But I can get a great price on eBay for the complete works of Plato in its original Greek. That doesn’t mean I understand it (or really know what to do with it.)

So why are advertising agencies so challenged at becoming digital natives? A lot of time has passed; one would think they'd have adapted by now. It’s not like they haven't tried. Many agency holding companies have purchased digital firms, in part with the idea that the influence of a Digitas or a Sapient could infuse the rest of the portfolio with digital literacy. But in many cases, the opposite happens, and the mindset of the holding company starts to dilute the digital smarts of the formerly independent and innovative digital firm.

Why is it such a struggle? From my observation as an outsider, as well as my conversations with a few dozen Mirren conference attendees, I see two problems. I'll call them the Gravity problem and the Identity problem.

Digital changes the way marketing works in a very fundamental way. The “Mad Men” era of advertising involved figuring out what messaging would drive sales and then putting it out there in a creative and ubiquitous manner so as to reach the most people with the most impact for the most efficient cost. Basically, figure out what people want to hear and say it to them. The art of advertising was the art of persuasion, and clearly it worked. What that meant was the perception of a brand was based heavily on the marketing, and not necessarily on the actual product itself. The best example of this is the beverage industry, where a product like Sprite -- basically water, sugar and chemicals -- is given a rich and bold meaning that drives purchases for reasons that have little to nothing to do with the product. This still works in many segments, but it’s starting to hit a problem -- digital.

The problem caused by digital is not that you have to find ways to put those same ads onto web sites or into mobile apps. If that was all there was to it, the ad agencies would be fine. The problem in a digitally transformed world is that the very premise that communications to an audience, executed strategically and creatively, will form and hold opinion is breaking down. Why? Imagine this: you see an ad for an airline that tells you to "Fly the Friendly Skies.” Now let’s say you book that flight without checking any reviews or reading social media comments. You take the flight and the flight attendants and gate agents are rude to you. In the old days, you might have thought ‘wow, that’s so weird, aren’t I in the friendly skies? Why did that happen to me?’ You might think it was your fault, or at the very least that you had a strange, outlying experience.

Today, the first thing you would do is post a review. In doing so, you’d see the thousands of reviews stating the same experience, and you'd know that the ads aren’t true. Gravity used to take care of advertising. Start at the top with the right messages (and the art of advertising was the right messages), then send the messages down the right channels (the art of media buying is the right channels), and it flows down to the people and changes their behavior. But gravity isn’t working the way it used to. The messages still flow and have some impact, but this so-called “black hole" of digital is mucking up the pipes. Customers are increasingly connecting to each other to understand the truth behind the brands in their life, undermining advertising’s authority. I think the idea of digital being a black hole acknowledges, in part, that the industry still hasn’t figured out how to operate in zero gravity.

Advertising agencies see themselves as message people. The problem with that mindset is that the experience of the product or service, more than the communications, is the brand. In the early days of the web, digital was primarily a form of communication. Web sites were interactive brochures, and advertising firms needed to learn a new set of tools, but digital fit into their identity of being in the communication services business. Now, instead of being about communication, digital is about transactions, and about providing customer service and fulfilling goods and services directly to the customer. Advertising agencies aren't traditionally in that business, and it’s thrown them for a loop.

We’re now moving past the ‘e-commerce phase’ of digital into the ‘disruptive phase,' where businesses aren’t using digital to just provide additional means for customer interaction, but are re-inventing their entire businesses around digital. This kind of comprehensive business strategy work is even farther outside the comfort zone of the identity of the traditional advertising executive. But these things are now all interconnected. It begs the question: Will ad agencies exist in another 10 years if they can't become digitally native? For many of the industry executives I spoke to at the Mirren Conference, the answer is uncertain. And I, for one, agree.

Schedule your free 30 minute consultation and find your next digital opportunity. 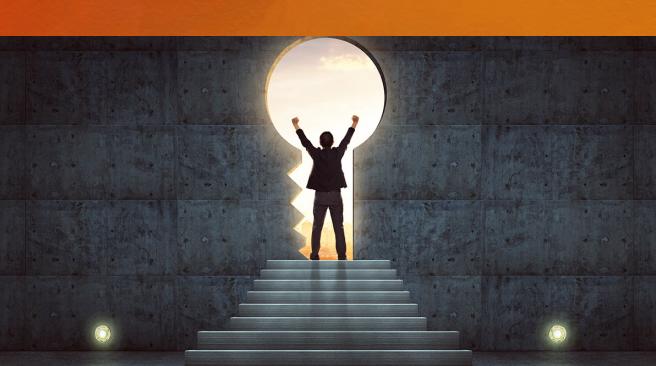 10 Practices That Lead to Successful Innovation
Not all businesses that are trying to innovate get results. If you’re one of them, then you may want to look at how the most innovative companies do it. 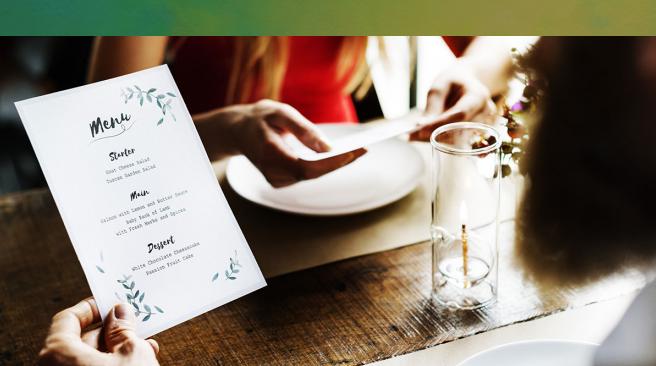 How COVID May Have Transformed the Restaurant Menu Forever
It’s hard to argue that COVID-19 was a good thing for most businesses; yet for many it forced some new ways of operating that could be highly beneficial in the long run.

Does Your Brand Need an Innovation Hero?
Most brands from the pre-digital era must still undergo substantial transformation to remain relevant to their increasingly digitally-centric customer.

Product Development: How to Get Your Team on the Same Page
Innovation projects almost always need teams of people to participate in conceiving, designing, building, testing, marketing, and selling a solution.

5 Steps to Thinking More Like Your Customer
You’ve seen the light. You’re thinking like your customers, but how do you get the rest of your organization to do the same?
See All Insights