What Type of Innovator are You?

There are three primary approaches to innovation. In our work with large brands focused on digital transformation, we have observed that the most effective of the three is also the least common. Which approach do you use?

“I create for myself. I hope my customers like it.”

Georgia O'Keeffe said of art, “Whether you succeed or not is irrelevant; there is no such thing. Making your unknown known is the important thing.” And this philosophy of creating from one's own mind and heart, of bringing to the world your unique and individual expression, is a powerful driving force for many innovators.

Steve Jobs was the penultimate artist innovator. When asked what type of market research he had conducted in creating the Macintosh he replied, “Did Alexander Graham Bell do any market research before he invented the phone?” He also said, “Some people say, ‘Give customers what they want.’ But that’s not my approach. Our job is to figure out what they’re going to want before they do. I think Henry Ford once said, ‘If I’d have asked customers what they wanted, they would have told me they wanted a faster horse!’ People don’t know what they want until you show it to them. That’s why I never rely on market research. Our task is to read things that are not yet on the page.

Great art resonates with people--it inspires and moves them to action. This is true of Georgia O'Keeffe's paintings as well as Steve Jobs’ creations. They create from their instinct and their passion, and their work has been wildly successful commercially.

However, there is a key challenge with the artist approach to innovation: Are you Steve Jobs? How many Georgia O'Keeffe's do you have on your team? Because for every Jobs or O’Keeffe, there are thousands of others who have followed their gut to create an endless myriad of technology projects that have not resonated. For each Georgia O'Keeffe, there are vast numbers of aspiring painters following their hearts but who never achieve commercial success. Now if what O'Keeffe says is really true for you--if success does not matter if the mere expression of your idea in the real world is sufficient to satisfy you-- then this may be an effective path. But if you are seeking commercial success, the reality is that only a small percentage of the personal expressions of people's hearts will reach out to and resonate with a mass audience. So unless you are an innovator with a proven track record of doing that, or willing to take that chance, this is a highly unpredictable approach to innovation.

We often see companies designing products, be they physical or digital, by getting a small team in a room with a whiteboard. Or there is an executive who has a vision he has imagined for a product that he wants his team to bring to life. This is, in fact, probably the most common method of corporate innovation, and it very often fails.

"Give people what they want. What you want is unimportant." - Pete Waterman, record producer

First, Steve Jobs was right: Customers often don’t know what they want. They may tell you what they think they want, but in fact, their real-world behavior after a product is launched is often inconsistent with what they have told you in a focus group. There is probably no better example of this than the disastrous launch of New Coke in 1985.

Prior to the launch, Coca-Cola spent $4 Million (in 1985 dollars!) on conducting over 190,000 taste tests of different formulations to find the one that customers would like best. Based on that research they changed the taste of Coke and then spent considerably more on a massive launch of New Coke, only to be followed by massive public backlash and the eventual need to restore "Classic" Coke. How could research lead us so disastrously astray?

We see all the time in our own work that when customers are asked for the features, they would like to see in an app or for ideas for new products, the results are often weak. Also, when customers passionately identify innovations they would like to see, it's common to discover that those same customers don’t actually use the innovations they requested. In fact, customers like to be artists too, and they like to share their personal vision of what a product could be. That doesn’t mean, though, that they are Steve Jobs any more than you are, and they often have poor insight into their own future behaviors.

This "researcher" approach in some form is the second most common approach we see taken to innovation projects. It can be successful to some degree for incremental changes. For example, if many users of your product are clamoring for a different sorting option in a reporting application, then sure, listening to their feedback and integrating those priorities is probably a path to incremental improvement. But that is quite different from wholesale innovation. In that area, asking users what they want rarely proves to be a useful activity.

The most successful approach that we see used is what we call the research-ideation cycle, an approach that blends science and art. Customer research is core to this approach. However, the goal of the customer research is not to ask customers what they want, but rather to understand their current experiences, goals, and points of pain or inefficiencies. Uber effectively understood that the moment when a customer arrives at their destination and has to wait to get out of the car to deal with paying the driver was a small point of pain, that once removed, creates a far better experience. In the research-ideation cycle, we first create a detailed picture of the different customer segments and use techniques like ethnography to truly understand how they are accomplishing the tasks we are targeting with our innovation, whether it's vacation planning, home decorating or rebuilding a diesel engine.

Once that research is complete we can access our inner artists, but not for the purpose of self-expression, but with the goal of problem solving. In fact, creativity is usually at its greatest when a problem is brought into clear focus via detailed customer research and anecdotes. Ideation cycles involve inventing a number of solutions to the customer problems identified through the initial research. Once those ideas are generated, they can be tested with customers. But unlike the New Coke research, the goal of the testing is not to ask users what they think. It's nice to ask because it's polite, but it's not the primary data source. Rather, we observe users using prototypes of our ideated solutions and use that data to gauge the effectiveness of our solutions in solving the previously identified problems. Very often we have partial success in initial rounds and use the insights from the research to further ideate ways to improve the solution. Then the cycle goes back to research, and so on between ideation and research until we have a solution that appears market-worthy. Even then typically there is a small market test or beta test, with research to understand the actual usage patterns, and the iteration process continues.

When we understand the problems and challenges users face, creative teams can invent novel solutions that the users may never have dreamed of or suggested directly. 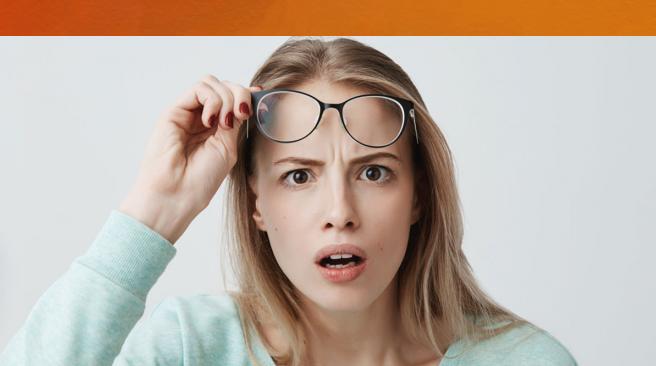 Why Customer Research Might Shock You
Many companies and executives are fairly confident that they “understand” their customers. But in my experience, every customer research study yields some surprising findings that none of the customer “experts” could have predicted.

Are You Guilty Of Neglecting The Value In Your Customer Data?
You probably have a lot of information about your customers stashed away in a variety of different databases, spreadsheets, and documents at your company. But are you using that data to its maximum potential?
See All Insights