We can learn a lot about leading successful transformation from George Washington and Abraham Lincoln—two of the most respected leaders in US history. 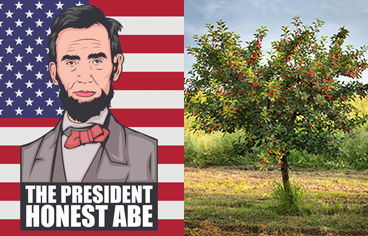 The pair have adjacent memorials in Washington DC, and we celebrate their birthdays with a joint national holiday. Both were also leaders during transformational times in history.

But they also have many differences between them. Executives who are fighting for transformation can gain knowledge both from their similarities and also their differences. Let’s look at some examples.

Both of these men are famous for their honesty.

George Washington famously confessed to chopping down his father’s cherry tree as a child, and Abraham Lincoln was given the nickname “Honest Abe” which became a slogan that he used during his political career.

In leading any type of transformation, authenticity is one of the most important leadership characteristics.

This doesn’t mean you need to be transparent about everything all the time, but rather that you are genuine and sincere with what you do share. It’s a strength when a leader is able to communicate with others and speak from the heart.

Failing to do so may result in your team seeing you as inauthentic and therefore, have less confidence in you as a leader. 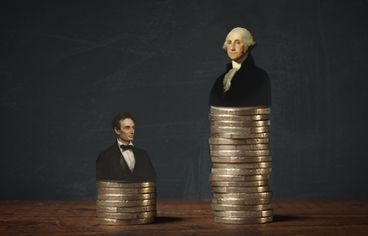 George Washington grew up in a wealthy family, and was affluent throughout his life. He owned a large amount of land and was a successful businessman.

Abraham Lincoln on the other hand grew up very poor. We have all heard the story of him being born in a log cabin and he lived humbly for most of his life.

Both of these mindsets, poverty and wealth, are helpful to consider when leading a digital transformation.

For example, it’s a common misconception that transformation can only occur when there is a large amount of funding and support. But, it’s possible for transformations to start small, and oftentimes, it can be beneficial.

Starting small allows the transformation to be more agile than where there are many more moving parts to deal with.

Unlike larger transformations, a small one can often be started without requiring any formal approval, politics or funding. 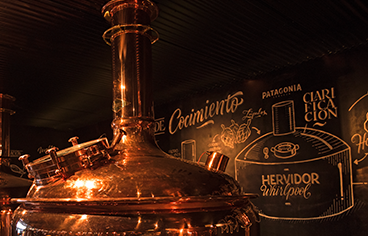 While starting small is good, as a transformational leader, you also need to be able to think big.

George Washington was good at looking at the big picture, and making the right investments to grow his business.

Initially his farm focused on growing tobacco, but he realized that wheat was a crop much in demand, so he expanded his business to grow wheat also. He later recognized an opportunity to grow his business even further and built a brewery.

Similarly as a transformation leader you need to be prepared to seek new opportunities to create incremental value and to double down when something is successful. 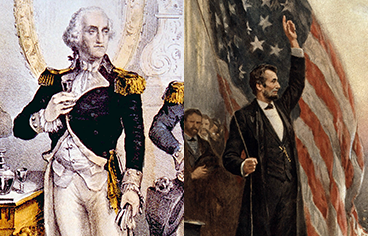 In addition to being a farmer and a brewer, Washington is best known as a military general—a man of action on the battlefield.

Lincoln, on the other hand, was an attorney by trade— an intellectual man of ideas and philosophy. While he also led the country during a war, he did not do so from the battlefield but rather from the White House. His contribution was not his personal military action but his ability to inspire people through communication.

Modern transformation leaders need to leverage both of these leadership styles.

They must channel their “inner George Washington,” and be ready to be “do-ers” leading the charge to generate ideas, help execute and work late to solve problems.

Leaders also need to channel their “inner Abraham Lincoln” by communicating in a way that inspires others to support the transformation of the company. 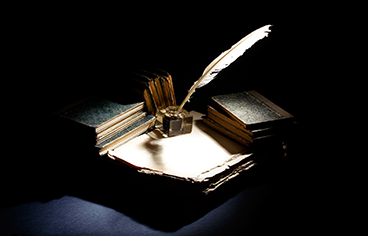 Washington only attended school until he was fifteen years old. Lincoln had far more formal education and attended college and law school.

Educational background is not always directly correlated to the success of a leader. However, all great leaders in digital transformation are good learners.

Continuous learning is a key characteristic of a leader whether it’s in a formal educational setting like Lincoln, or through practical, everyday experiences, like Washington. 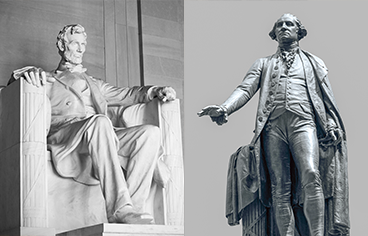 George Washignton was a confident and charismatic leader. That helped him build confidence with the American people, especially during a season of change.

Lincoln was a much more reserved and self-effacing man. But, this helped him connect with people, and he was good at bringing people together. An example of this is when he famously appointed a “team of rivals” to his cabinet.

There’s a lot to learn from both of these mindsets.

Most people dislike and even fear change. If you as a leader can exude confidence to those around you, like Washington, it may be easier to gain their support.

At the same time, success is dependent on being able to work well with people and having genuine humility and empathy, like Lincoln, is a powerful method towards accomplishing this. 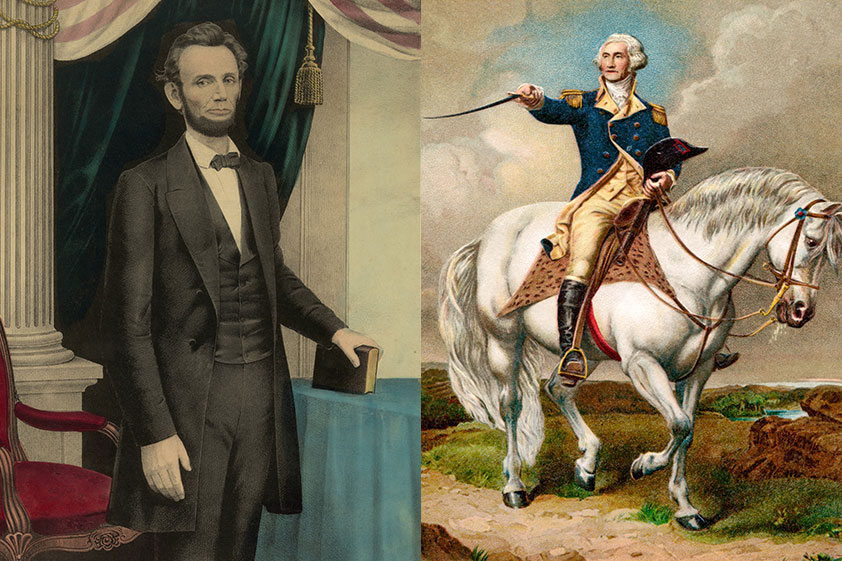 DIFFERENCE: STARTING VS. ENDING A REVOLUTION

Washington is famous for helping to start a revolution that ultimately separated the American colonies from England and made them become an independent country.

Lincoln, in contrast, is known for ending a revolution—The Civil War. His goal was to bring a divided country together as one united nation.

For transformation to occur, we must first create a revolution like Washington did, and convince people that change is necessary to move the company forward.

But you must also be able to lead diverse teams with different interests towards common goals and be ready to stop other revolutions from preventing the execution of a united strategy and customer experience.

Although Washington and Lincoln both lived long ago, we can learn valuable lessons from their leadership, and apply them to our increasingly digital world.

And there are many other lessons that are useful for solving the puzzle of how to drive the change needed to enable large companies to be successful today.

I wrote the Wall Street Journal bestselling book, Winning Digital Customers: the Antidote to Irrelevance, which lays out a simple 5-step methodology to help you get started on a digital transformation journey at your company.

You can gain access to the first chapter of Winning Digital Customers for free here or purchase the entire book here.