Business is a team sport. It’s essential that you have good teamwork if you’re going to be successful.

People like to be on a team that works effectively—and wins—together. But some teams just don’t seem to collaborate that well. Why?

Here are the four most common causes of team breakdown and what to do about them. 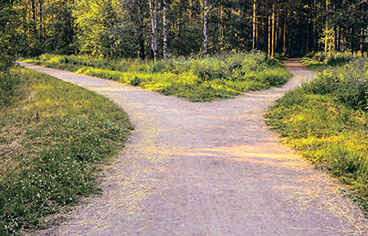 1. GOALS: THE TEAM IS TRYING TO ACHIEVE DIFFERENT GOALS

In business, very often there are goals that seem clear, like selling more products, making more profit, and winning more customer loyalty. But while those things may be complementary, they're not exactly the same thing and can conflict. In addition, people have personal goals which may be different from those of the company.

What to do: State your goals clearly and prioritize.

Some initiatives may do a better job of winning new customers, but in ways that are not profitable. Others may be about getting more profit, but they’re not getting you any more customers.

Make sure you're really clear on goals and your team understands  the priority to arrive at common decisions about how to proceed.

Let's say you're working on a group that's trying to cut costs for your company.That's the company goal.

But in reality, that is not the only thing that’s driving the group because the individuals who make up the team usually have their own personal goals as well.

One person’s goal might be to get promoted and believes that by being seen as being the most important contributor to the team effort they will be more likely to get promoted.

Another person’s goal might be to protect their own area of the company from having it’s budget cut, and so is trying to focus the group more in other areas.

These goals may run counter to the goals of the project.

Whenever possible, try to get those personal goals out in the open because you will then be in the best possible position to try to align these diverse objectives. 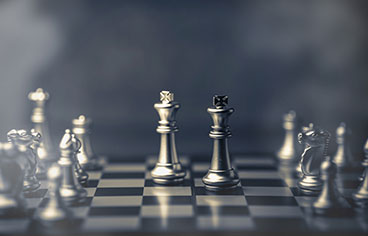 2. VOCABULARY: THE TEAM IS NOT SPEAKING THE SAME LANGUAGE

When team members don’t understand each other, it creates conflict, and in business we often use terms that can seem very abstract.

But if I say “strategy,” that can be so many things. It sounds good to have a strategy, but what do people mean by that?

“Strategy” is just one of the words that get thrown around a lot. Others include: roadmap, plan, brand, business model or budget.

When team members are using the same words but mean different things it creates confusion.

What to do: Make sure that your team understands the meanings beyond the words you use. The best way is by getting beyond the term and being specific about what the outcome looks like.

If the goal is to “rebrand,” what does that mean? A new name? A new logo? Or just a new positioning in the market.

If you are looking to create a “strategy,” what might the table of contents of such a document include? How will the team know when that strategy is complete?

There's no right or wrong answer. There's no absolute place you can reference and say that this is what rebrand really means. It's not about that.

It all just comes down to making sure that whatever terms you are using, they are defined within the context of the project so everyone is using them in the same way. 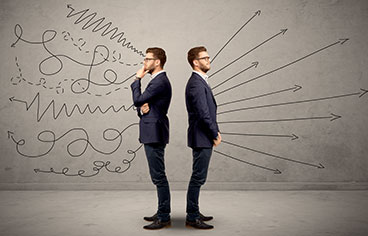 There's a saying that we like to use in our workshops, which is that everybody's entitled to their own opinion, but not their own set of facts.

And you can understand why. It's going to be pretty hard to agree on how to proceed when your team is working with conflicting information about what is true. If some people believe our factory’s assembly line can produce 1,000 units in an hour and others believe 5,000 then how will the group work together to plan work schedules? If most of the group believes customers are satisfied with your current project but a few team members believe that most customers are highly dissatisfied then creating a product improvement plan for next year is going to be contentious.

What to do: Seed the team with common and hopefully accurate information.

Give your team the official source of information about the different topics you’re covering and then have some sort of method to resolve uncertainties, such as conducting additional research.

Also, if you still find you have some conflicting information, it helps to clarify the difference between a fact and an opinion or a belief.

Start by simply inquiring what supporting data our sources have led that individual to their view. If there is data behind their perspective, review it because it may help settle the issue.

If a statement is just something that someone believes, then respect  that as that person's opinion. It certainly could be true, even if you don't have any facts or any sort of data to support it.

But request they review any data that may be available to double check their perspective. There’s no shame in having a belief or theory which is then disproven by subsequent data. Scientists do it all the time.

4. HUMANITY: TEAMMATES DON'T SEE EACH OTHER IN A THREE-DIMENSIONAL WAY

If Sally sees Bob as just “That guy from IT who whatever we ask for always says it's going to take a year and cost a million dollars,” And Bob sees Sally as, “That woman from ‘the business’ who always blames IT for everything,”  they are not going to be as good a team member as if they know a little bit about each other and see each other as three-dimensional people.

What to do:  Help team members get to know each other.

Encourage socializing. Take the team out to dinner or drinks so they talk more informally.

You can also start meetings with quick icebreaker activities like asking everyone to quickly share their favorite vacation spot or playing a quick game of “two truths and a lie.” These activities might seem frivolous but in fact they have a lot of business value because when a team sees each other in a more fully human way they work together much more effectively.

Those are the four areas where problems usually occur. For better teamwork, try to do an even better job of defining goals, making sure the vocabulary is crystal clear, seeding the team with the right information, and seeing to it that there's good humanity within the team.

You want multiple people on the team to bring different perspectives, different types of expertise and different mindsets around risk. And then hopefully the whole is greater than the sum of the parts and certainly greater than only one person's opinion.

Driving teams to work together to create successful innovations is one of the main topics that I discuss in my Wall Street Journal bestselling book, Winning Digital Customers: The Antidote to Irrelevance. Get free access to the first chapter when you click this link https://WinningDigitalCustomers.com.