Does Your Product Need Wings?

I haven’t heard a lot of people complaining about Ziploc bags.

We keep them in our kitchen, and we use them often. I can’t say I’ve experienced any pain-points with them. We probably get generic ones, sometimes, or another brand equivalent, but I just use whatever’s in the drawer. I was packing up my house to move, and I found myself using a large number Ziploc bags as part of the process. I discovered that they'd added a little wing on one side of the bag, which is supposed to make them easier to open. And you know what? They do. The little tabs actually do make a difference in the ease of opening the bags!

It was only after I experienced this improvement that I was flooded with the realization of how much I’d been suffering all these years, having to either stick my fingernail between the two sides at the top of the bag to separate them or resorting to the “thumb-and-forefinger friction” technique.

So how do you figure out the right answer, get everyone on the same page, and focus on a common innovation goal? At FROM, we use a specific model to approach the process of identifying the most relevant opportunity areas for innovation, and to build group consensus around the best approach. You'll have to adapt it to your situation, but the model should provide a good starting framework. 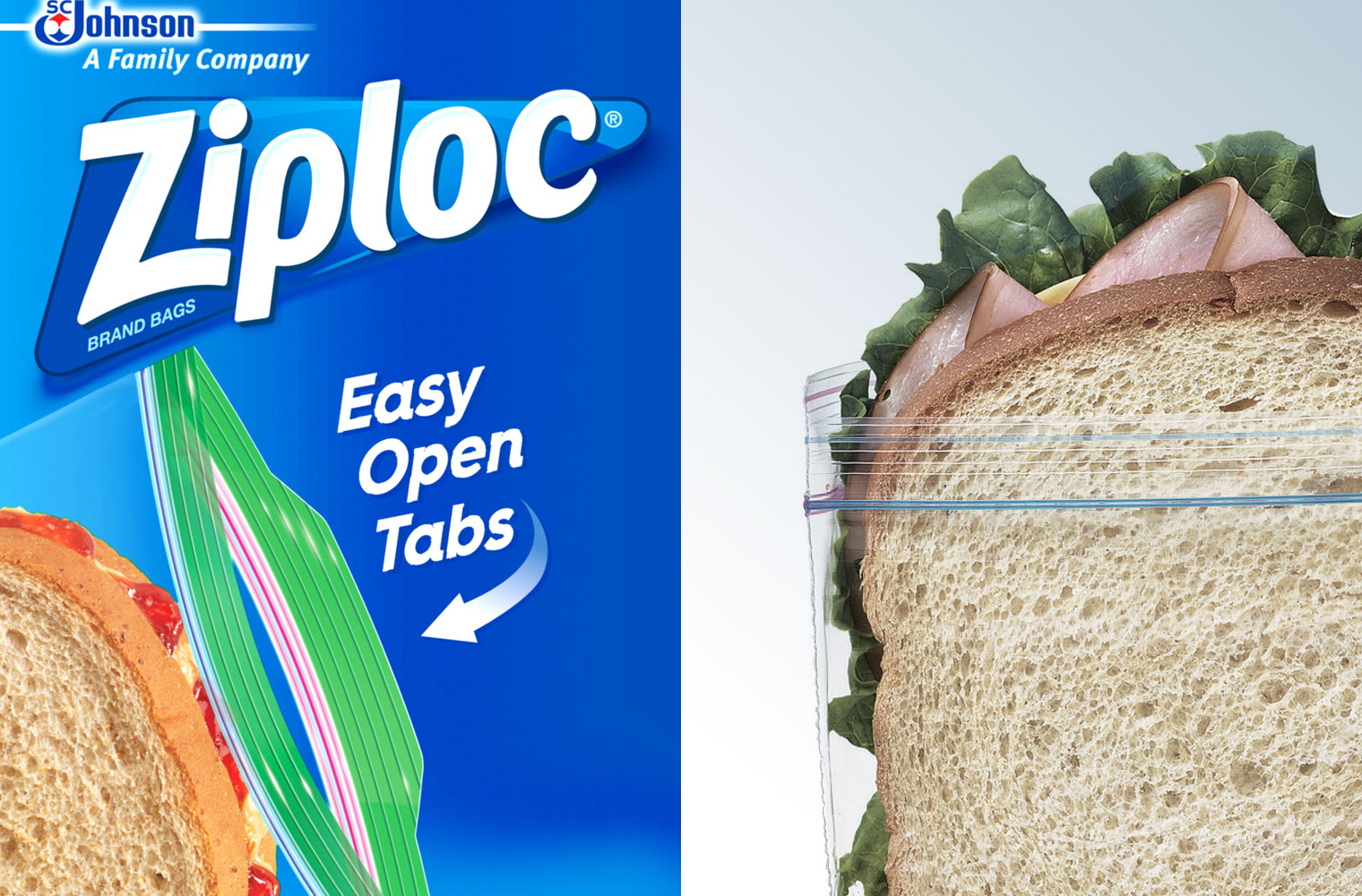 I discovered that they’ve added a little wing in one side of the bag, which is supposed to make them easier to open. And you know what? They do.

Adding these wings saves me at least a half, and possibly a full, second each time I open a bag. Now, I’m as cynical as the next guy about “new and improved” products. The last great innovation in the world of resealable bags was when GLAD made their “Green Seam” — a seal changed color when it was correctly connected.

According to the New York Times, they spent $50 million developing this innovation. Maybe there were people out there for whom this was a solution to some significant problem, but that wasn’t the case for me.

In contrast, the addition of wings to the Ziploc bags is an extremely simple — and most likely low manufacturing cost — change. And, in my humble “resealable bag-user” opinion, much more valuable.

How did S.C. Johnson achieve this?

This tendency for workaround steps to fall under the “unconscious experience” is why customer research techniques that involve asking people for suggested improvements aren’t as fruitful as those focused on observation. Ideally, you would observe your customers using your product in their natural environment — in this case, their kitchen — and engaging in the tasks they normally do (such as making their kid’s lunch.) Improvements of this type often come through customer empathy research. Empathy research helps identify customer ‘points of pain’ with a product or service, and how they can be solved. But there’s a key challenge in trying to get customers to provide feedback if your product is one which they frequently use. For products as every day as Ziploc bags, the behaviors that involve extra work for consumers have become unconscious habits. Asking users about improvements they’d like to see may not reveal specific opportunities. I wasn’t actively thinking about how I was opening the bags before they had wings because I’d already learned to do it. But once there was a better way, it was obvious that I’d been doing extra work, and it thrilled me to have that effort eliminated.

Would you like to figure out simple changes you can make to your products or services that are low cost but can make a big improvement for your customers? Try to be a fly on the wall, and see what you can observe. Pay attention to things like where your customer stores your product, when and why they access it, how they interact with the packaging, how they use the product, what steps they go through, etc. Many different types of insights can be gained from this type of observation. Be especially alert for actions or steps that appear to include additional effort the user has to exert in order to use your product for its intended purpose.

Once an interesting behavior is observed, you can ask the customer about it. Often, when we bring up these behaviors during testing, our consumers will look at us as if we’ve broken their trance, and say “Oh, yeah. Well, when I use this, I have to do such and such to get it open…”

They’ve become so used to the behavior that they don’t think about it, engaging in a kind of product autopilot. Most of the time, customers don’t perceive these behaviors as problems, and they rarely have specific ideas about how to solve those problems regarding product improvements. The insights gained from empathy research observation can be turned into problem statements.

Problem: Customers have difficulty separating the top lips of a resealable bag and must often make several attempts before succeeding.

Once you have a distinct problem, it becomes easier to start improving!

Charles Kettering, a well known inventor and former head of research for GM, famously said, "A problem well-stated is a problem half-solved."

In this case, it’s not hard to see that once the “problem insight” is identified, there’s a reasonably straight path to ideating, prototyping and finalizing a solution. Something as simple as making one side of the bag just a little bit taller than the other, via a “wing.”